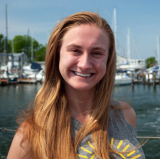 Effect of Nutrients on Phytoplankton Biomass in the Ocean City, MD Inlet

Ocean City’s inlet is a conduit for nutrients and pollutants between the Atlantic Ocean and Maryland’s coastal bays. This study investigated the response of phytoplankton to increased nutrient availability and temperature as part of a larger investigation of phytoplankton dynamics, in relation to eutrophication and climate change effects. Three nutrient bioassays were conducted on phytoplankton biomass in the Ocean City Inlet, with additions of 10μM nitrate, 10μM ammonium, 5μM phosphate, and 10μM Nitrate+5μM Phosphate. The first two bioassays were subjected to natural light and temperature while bioassay 3 was conducted in two temperature control rooms averaging 22.1C and 36.5C. Chlorophyll a and phycocyanin were measured using a handheld fluorometer; Chlorophyll a was extracted to standardize the in-situ measurements. All bioassays showed a strong positive increase in phytoplankton biomass with nitrogen treatments, supporting the hypothesis that nitrogen is the major limiting nutrient for marine phytoplankton. There was no significant response with phosphate additions alone, however, N+P additions were highest in bioassay 1, suggesting co-limitation of phosphorus when excess nitrogen is supplied. There was no significant difference between nitrate and ammonium treatments. Phytoplankton biomass did not increase with temperature. However, temperature had synergistic effects on nutrient intake. This data, as part of the larger study, will allow for improved management and preservation of coastal ecosystems.