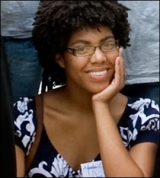 Sub-Lethal Effects of Varying Levels of Hypoxia on the Egg Development of the Copepod, Acartia tonsa

The copepod Acartia tonsa serves as a critical link between primary production and higher trophic levels in the Chesapeake Bay ecosystem. In this study, we investigated the sub-lethal effects of hypoxia (low dissolved oxygen content <2.0 mg/L) on the development of A. tonsa eggs. We tested the relationship between incubation time, oxygen concentration, and egg developmental stage. We expected to observe increased egg development time with decreasing dissolved oxygen concentration and increased incubation time. A. tonsa eggs were incubated for two, four, or six hours in various oxygen concentrations or normoxic water, with one experiment having eggs incubated for two hours in normoxic water and then transferred to hypoxic conditions. At the end of the experiment, all eggs were incubated in normoxic conditions for a minimum of 30 hours to determine hatching success. The data showed that hypoxia had a significant effect on egg development (compared to normoxic controls) when incubated for as few as 2 hours, and the effect increased with longer incubation times as evidenced by unhatched eggs after six hour incubations. This research suggests that increased severity and duration of hypoxic events may confer both sub-lethal and lethal effects on A. tonsa eggs, thereby altering population dynamics.