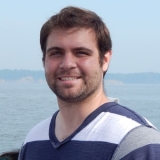 Examination of the Effect of Sex, Age, and Maturity on Winter Blue Crab Distributions in the Chesapeake Bay