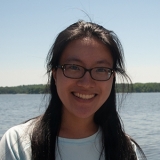 We examined photo-ammonium production from dissolved organic matter (DOM) in three different sites. Photoproduced ammonium has been found to be an important source of nutrients in nitrogen-limited waters, but this process is not well understood. In this study, samples were taken from St. Mary’s Lake and the Patuxent River in Maryland and three different landfill leachates in Florida—active, closed reverse osmosis brine (brine), and closed landfill leachate. These samples were chosen to reflect a range of conditions to allow us to compare photoammonification across different sites. All samples were filtered through glass microfiber filters (Whatman GF/F) and solid phase extraction was done on all samples. Photo-degradation experiments were conducted on both filtered samples and extracts. Fluorescence excitation emission matrices (EEMs) were collected every twenty minutes on an Aqualog fluorometer and irradiation lasted either twenty or twenty-eight hours for all samples. Significant ammonium photo-production was observed in brine landfill leachate solid phase extract and St. Mary’s Lake filtered sample and solid phase extract. Significant ammonium loss was observed in active and closed landfill leachate, which may have been due to outgassing of ammonia during the experiment. Photoammonifcation rates were strongly correlated with total dissolved nitrogen (TDN) concentrations. Samples with higher TDN tended to have higher rates of photo-ammonium loss. Parallel factor analysis (PARAFAC) was used to analyze EEM data. This is the first time that photoammonification has been studied in any of these sites.