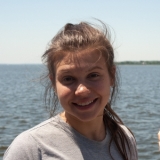 The goal of this research was to statistically downscale and bias-correct several climate variables from the most recent Community Climate Systems Model (CCSM) to the American Mid-Atlantic and Northeastern region, encapsulating the Chesapeake Bay watershed. The downscaling and bias-correction of a global climate model (GCM) increases the spatial resolution and reduces some of its biases, making the model more useful at the regional scale. The Coupled Model Intercomparison Project (CMIP) 5 CCSM4 Representative Concentration Pathway (RCP) 8.5 GCM was downscaled and bias-corrected with the intention of enabling the projection of hypoxia in the Chesapeake Bay from 2081 to 2100. Although the main cause of hypoxia is nutrient loading (Li et. al. 2016), climate change is also a factor that influences the timing and extent of hypoxic zones in the Chesapeake Bay. Specifically, air temperature has been shown to be the most influential climate variable in its effect on hypoxia (Altieri & Gedan 2015). The results project an increase in mean temperature, air pressure, and downward longwave radiation flux (DLWRF) and a decrease in relative humidity between the historical period (1986-2005) and the future period (2081-2100). These climate variables, including their seasonal and geographical focuses, can have varying impacts on the timing and extent of hypoxia, thus deserving further study.