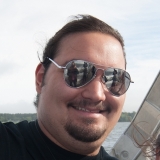 A Mass Balance for the Delaware Bay Estuary

Biogeochemical measurements from 1978-2003 were analyzed to develop a carbon and nutrient budget for the Delaware Bay estuary using a box-model. Two different box-models were constructed to calculate nutrient transport and production throughout the estuary. The first consisted of a single box to capture estuary wide net production and transport, the second was comprised of four boxes in the salinity gradient. The models indicated massive amounts of nutrient production, specifically NO3 and NH4 in the estuary. Overall heterotrophy was prominent in the upper regions and shifted to autotrophic tendencies in the lower estuary. Box-model calculations were then compared to geochemistry data in the upper river and box-models of other similar estuaries, including Chesapeake Bay and Roskilde Fjord. With further analysis, the upper regions of the estuary exhibited uncharacteristically higher production of both NO3 and NH4 (almost twenty times higher). Competition between nitrification and remineralization led us to expect production of one nutrient, not both, suggesting the box-model is not accounting for some external inputs. In this case we hypothesized sewage input to be the main contributor. The box-model interpreted these inputs as apparent production in the upper boxes and stoichiometric conversions of net nutrient production to net carbon allowed us to derive an estimate of 17 mmol N m2*day-1 from sewage input. Overall, three major biogeochemical regions were identified. The first region we labeled as the urban river, characterized by ammonium and nitrate net production coinciding with sewage inputs. The second, is the turbidity maximum splitting the first and third region. Finally, the third region was labeled the lower estuary experiencing minimal external input and high productivity.