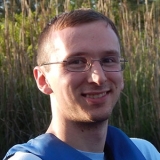 Nitrous Oxide, a potent greenhouse and ozone depleting gas, is produced in large quantities over oceanic oxygen minimum zones as a result of nitrification and denitrification. A majority of oceanic N2O is produced at O2 concentrations of less than 30 μmol/L, which are primarily located below the mixed layer. As a result, the time scales and pathways over which it effluxes into the atmosphere are poorly understood. Subsurface N2O data collected at five stations by Dr. Alyson Santoro during a 2010 research cruise over the Eastern Tropical South Pacific low oxygen zone were analyzed in this study. In order to better understand the mid-depth ocean circulations that transport N2O rich waters to the surface over this region, we used the Hybrid Coordinate Ocean Model (HYCOM) in conjunction with a Lagrangian float model. We found that the combination of coastal upwelling and horizontal advection of N2O rich waters was responsible for both spatial distributions of atmospheric N2O effluxes and their magnitudes. Station analyses also uncovered denitrification as the primary method for N2O production in oxygen minimum zones.