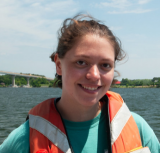 Ocean Exploration: Understanding the Biogeographic Regions of the Indian Ocean

This is a descriptive paper analyzing the biogeographic regions of the Indian Ocean. The Ocean was delineated into nine regions based on the physical characteristics of flow based on satellite sea surface height anomalies (SSHA) and estimates of geostrophic velocity. It introduces new hypotheses analyzing the physical oceanography of each region in order to explain the biogeochemical, ecological, and biological processes of the Indian Ocean. This paper further discusses the effects of eddies, velocity shearing, low oxygen, and the impact that topography has on a region displaying elevated levels of productivity, such as the Seychelles-Chagos Thermocline Ridge (SCTR). Currents, such as the South Equatorial Counter Current (SECC) and the South Equatorial Current (SEC), and topographical regions, such as the Chagos-Laccadive Ridge (CLR), are studied to aid in the hypothesis of nutrient sustenance for the SCTR.