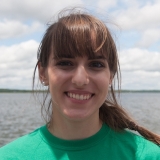 Effects of Inertia on Sargassum Distribution and Growth

The pelagic macroalgae Sargassum is a keystone species and is economically important. Previous models estimating its distribution and growth suggest that the Gulf of Mexico may be a seed region for Sargassum, where enough biomass is retained yearly to maintain a self-sustaining population in the Atlantic. We examined how adding inertia to a particle model could influence the retention rate and potential growth of modeled Sargassum within the Gulf of Mexico to determine its effectiveness as a seed region. We determined that adding inertia affected particles near regions of high divergence or high convergence more than the particles in more quiescent areas. We also concluded that there was a westward trend of particles when inertia was added which led to significantly fewer particles leaving the Gulf. Finally, we found that the potential for Sargassum growth is likely strongest near regions of modest convergence and divergence.