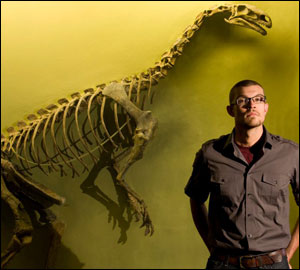 What is your current job?

I'm the host of the wildlife adventure TV series "Beast Hunter" on the National Geographic Channel.

What is a typical day like for you? Do you use any special tools or equipment?

There is no typical day with this "job"! Generally, a shoot lasts 15 days and I average 4 hours of a sleep a night. My waking hours are spent in extremely remote locations all over the world: searching for wildlife to interact with, living with various indigenous peoples and participating in their customs and rituals, and traveling in remarkably unsafe modes of transport. We do use a lot of special equipment. Some of the cooler and most useful pieces of kit have been: thermal imaging (FLIR) cameras, still and video camera traps, 3D sonar imaging, deep-sea ROVs, and the hands down greatest was a 3 man deep-sea submersible that I was able to take down 1000 feet into the waters off British Columbia.

I think one of our producers summed it up best when he said "We get to find people doing AMAZING things anywhere in the world, call them up, and ask to join them for a few days". It NEVER feels like a job! Traveling has always been a passion of mine and an association with National Geographic opens so many doors. I'm able to do things that, even if I could afford to travel to the location on my own, I wouldn't be able to do without their support and the respect they've earned over the past nearly 125 years! I was able to participate in some rituals that most people in the Western world have never even heard of, hold the holotype skull for Mountain Gorillas, and eat some things that most Americans would have a tough time considering food.

The only bad part of the job is being away from my family and friends for extended periods of time. When you're doing something as amazing as catching snakes in the Gobi desert, you really want your significant other or best friend there at the end of the day to have a beer with and recall how incredible it was. Luckily, the crew very quickly became some of my best friends!

How can I do what you do? What classes do I need to take? 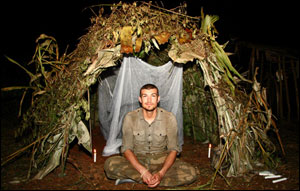 This is probably the question I get most often and unfortunately, it's the toughest to answer. I can only share how I got where I am, but in TV, there are no sure fire ways to "make it". The short story of how I got here is: I have always had a passion for wildlife education. My goal as I entered college was to make people as excited about wildlife as I was. I majored in Biology with a marine focus and minored in philosophy with a focus on cultural anthropology and world religions. I also took a lot of classes that required public speaking and really listened to feedback from those professors who could actively engage a class and hold our attentions. I was lucky to have some great role models in that department. After school, I started working in a lab and began giving wildlife talks on my own and volunteering at local places where I could handle and give public talks about reptiles and marine life. In 2003, I was a contestant on an Animal Planet reality series, which gave me some industry contacts. I then started my own wildlife adventure series called "Nature Calls" (www.naturecalls.tv) and put it up on youtube and cable access. I financed, wrote, produced, edited, and hosted the series. I recruited some of my best friends to be the crew and paid for us to travel anywhere I could afford in the time off from my lab job. I was working 60+ hours a week at my "day job" and approximately the same on Nature Calls for about 5 years. In this time, I sent the website, DVDs, pictures, and other promotional materials to hundreds of people at various networks, talk shows, agencies, and production companies. I filmed a few things for various networks, flew myself or drove all over the country for meetings, got myself ridiculously in debt...and loved every second of it! After doing this for 5 years, I was contacted by ICON films (the production company behind River Monsters) who had seen my various clips and was given the opportunity to host my own series on Nat Geo.

Where are the hot spots for this kind of field?

Well, I would say I was at a disadvantage in New England as the wildlife here isn't great for a "Do it yourself" nature show! I guess anywhere that you have access to animals, film equipment, and a computer is as good a place as any other. 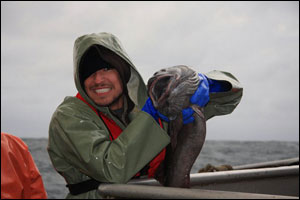 What still inspires you about your work?

The amount of mystery in the world. There are still so many animals that we know so little about, especially in the oceans. I think far too many people believe that there isn't any truly novel research left to do; this couldn't be further from the truth! Not only are there species left to discover, there are ecosystems yet to describe! Hydrothermal vents, high-density salt pools, changing conditions in the open ocean, etc. We are privileged to be alive at a time when the world is rapidly changing, and we can be the ones to figure out how, why, what this change means, and how we can help. It's an incredible time to be a biologist!

What is the salary range for your type of position?

This is so varied it's impossible to answer. I paid to do it for 5 years then brought myself almost back to even with one series. If you throw in the potential for sponsors and merchandise (neither of which I have)...the pay goes up significantly I hear.

We need more people to care about our natural world! You don't have to be a TV presenter, but PLEASE tell other people about what you do! Careers in biology are so exciting! You may be too close to the work to really be enthused about it, but try to remember that from an outsiders perspective, picking through a 5 year old sample of plankton trawl-muck for larval fish sounds REALLY cool. If you can get other people as excited about this stuff as you are, we really can make a huge difference in saving what little "wildlife" we have left. 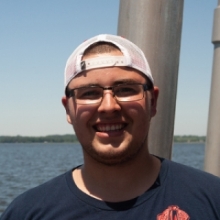 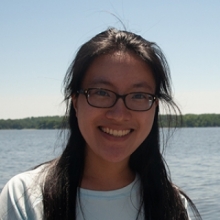 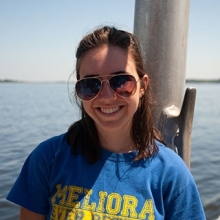 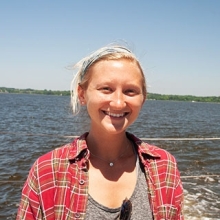 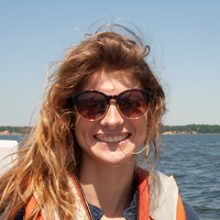 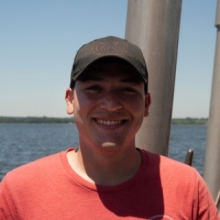 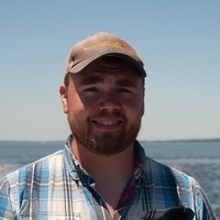 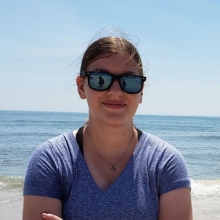 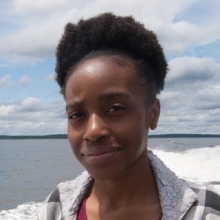 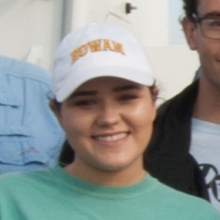 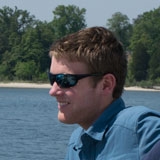 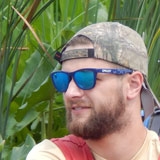 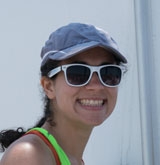 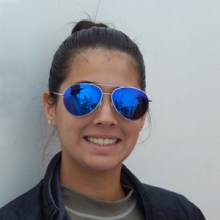 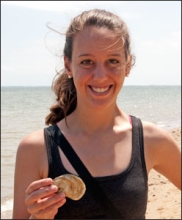 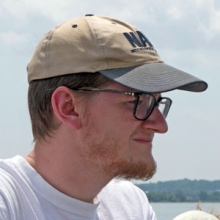 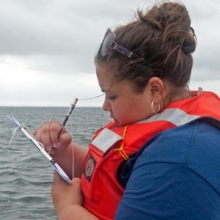 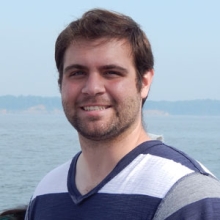 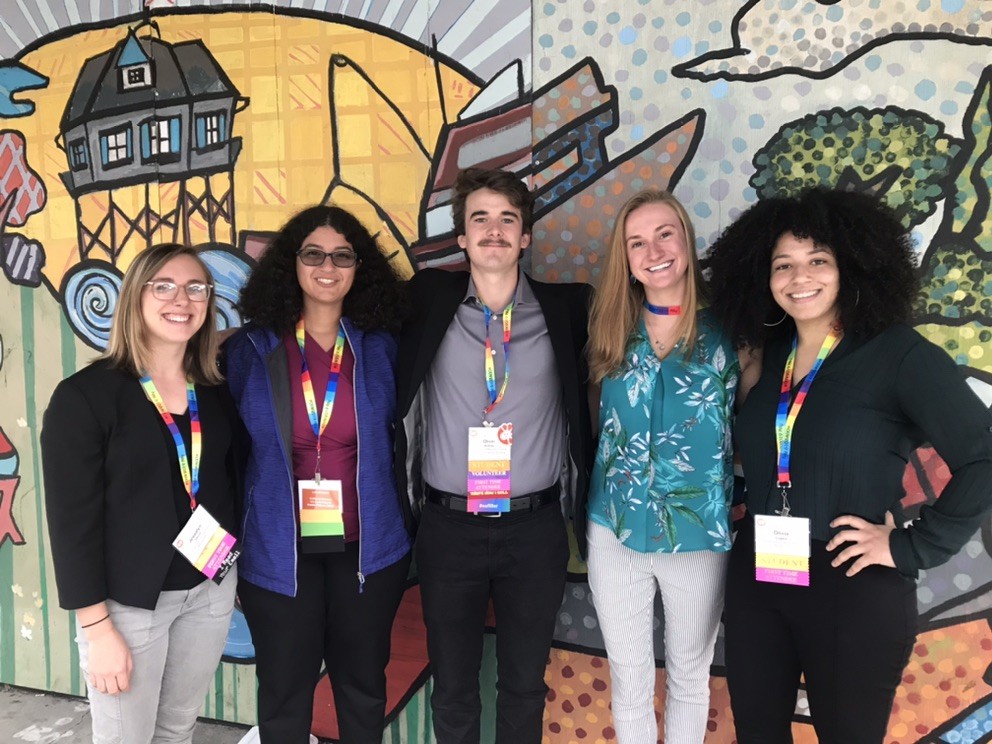