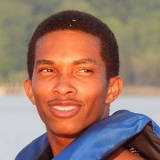 Seagrass Beds and Sediment Transport in the Susquehanna Flats

The Chesapeake Bay (CB) is the largest estuary within the United States. Sediment dynamics within this water body rely on comprehending the physical processes that determine the fate of fine sediments and nutrients. This study investigated seasonal and spatial changes in sediment erodibility at the Susquehanna Flats (SF) to show its interaction with the seasonal growth of Submerged Aquatic Vegetation (SAV). Positioned at the mouth of the Susquehanna River, the Flats receives approximately half of the total freshwater and suspended sediment flowing into the CB. From May 28-30, 2015, I assisted in collecting samples using sediment cores at six different sites around the Flats, accounting for an even grain size distribution. This ensured an unbiased data collection. Data were processed and analyzed using MATLAB scripts to process an implicit erosion equation, displaying results in the form of semi-logarithmic graphs. Our hypothesis stated that seasonal and spatial changes in SAV abundance were reflected in seasonal and spatial differences in sediment erodability. Analysis revealed that the presence of SAV biomass played a salient role in the erosion processes in the SF.