Lesson Plan: The American Chestnut: From Dominance to Destruction

The American chestnut is a large, deciduous tree of the beech family and is native to Eastern North America.  It is one of four species of chestnut trees that exist in the world.

Prior to the 1900's, the American chestnut tree was integral to everyday life in the United States.  Often referred to as "cradle to grave" trees, their rot-resistant hardwood was used to make everything from baby cradles to coffins.  Wildlife thrived on the trees, which each year produced bumper crops of nuts.

The importation of the Japanese chestnut, in 1876, by a New York nurserymen unknowingly introduced a fungus, commonly known as chestnut blight, C. parasitica. Blight was first discovered on the American chestnut at the Bronx Zoological Park in 1904.  Within 60 years, having no resistance to the blight, an estimated 40 billion American chestnuts were wiped out. 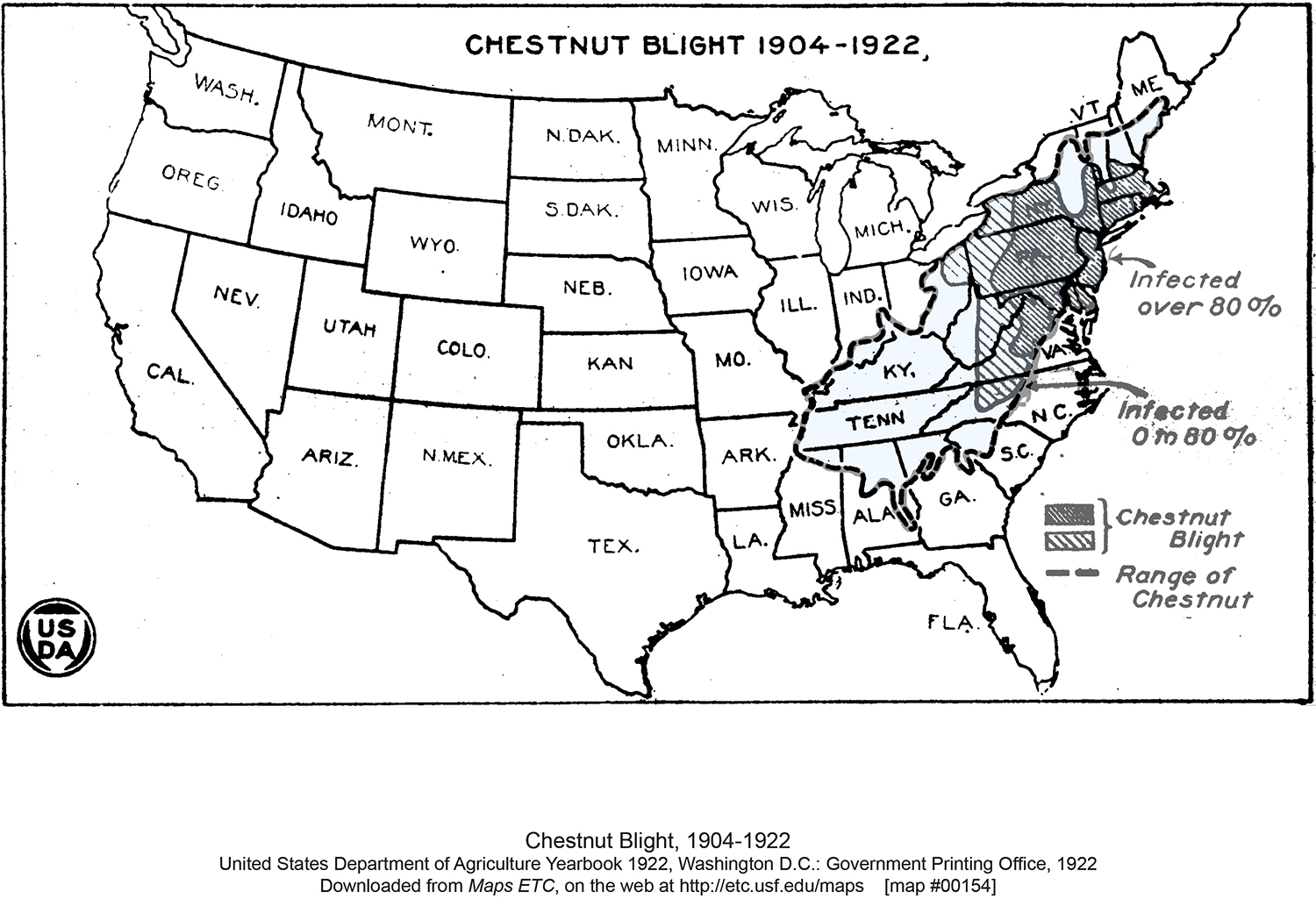 Calculating the area of historic range

IMPORTANT NOTE: The map scale is in km.  Area calculated in ImageJ will be in km2.  Conversion from km2 to Acres will provide you with an estimate of how close you have come to over 200 million acres once covered by American chestnuts.  Good luck!

What are some major impacts of the blight and it's destruction on the Eastern deciduous forest in the United States?  Use categories like economic and ecological to help explain your answers.

As a formative assessment have students or student groups present their predictions about the spread of the blight using the USDA maps, accuracy of their calculated range of American Chestnut, and the major impacts on the Eastern deciduous forest.

Cite specific textual evidence to support analysis of science and technical texts, attending to important distinctions the author makes and to any gaps or inconsistencies in the account.

Population Dynamics: Analyze the growth or decline of populations and identify a variety of factors.

Community and Ecosystem Dynamics: Explain how the interrelationships and interdependencies of organisms and population contribute to the dynamics of communities and ecosystems.

5E For This Lesson Plan

Getting to Know a Forest Icon