Underwater grasses, also known as submerged aquatic vegetation (SAV), are one of the most important components of the Chesapeake Bay ecosystem — whether it’s the thin blades of eelgrass in the lower Bay or the green wild celery in the upper estuary.

Both humans and animals depend on thick beds of SAV in the estuary for many reasons. Those include:

The decline of underwater grasses: During the 1960s and 1970s, as the amount of sediment washing into the Bay increased and algae blooms grew more severe, SAV began to disappear. These plants simply couldn’t get the access to the sunlight they needed.

SAV beds were once so abundant that their mats of floating vegetation fouled propellers, stopping boats from navigating many of the Bay’s shallower stretches. But now, these plants occupy only a fraction of their historic extent. Federal and state regulators have set a goal of increasing the extent of SAV in the estuary to 185,000 acres. The current coverage, however, falls far below that mark.

Despite these losses, there is still reason to hope for SAV on the Bay. Since the 1980s, federal and state agencies and their university partners have worked to restore SAV populations in the Chesapeake. These efforts include long-running aerial surveys of SAV beds and efforts to seed new stands of wild celery, redhead grass, coontail, and other plants.

Underwater grasses have also flourished in small pockets around the Bay, especially in the upper estuary. Maryland Sea Grant supports research and outreach to study, monitor, and restore the Bay’s SAV populations.

To learn more about these plants and their role in the Chesapeake ecosystem, check out these Maryland Sea Grant resources: 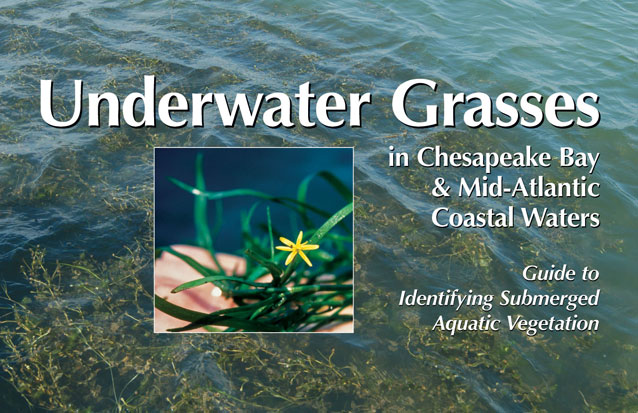 Underwater grasses, or submerged aquatic vegetation (SAV), play a key role in the ecology of coastal…