The Year of the Anacostia 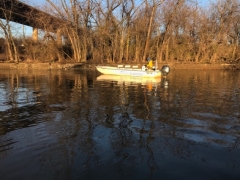 In early March, I visited the Anacostia River in Washington D.C. for the first time.

As I sat on the boat and looked out at the waters around me, I noticed large piles of trash floating along the sides of the river channel, harmful algal blooms clogging the river’s downstream reaches, and poor water quality, indicated by the deep brown color.

As an environmental scientist, it is easy to feel angry when I see such unhealthy ecosystem conditions. However, as I sat on the boat and collected samples of the murky, brown water to take back to the lab, I felt somewhat optimistic. 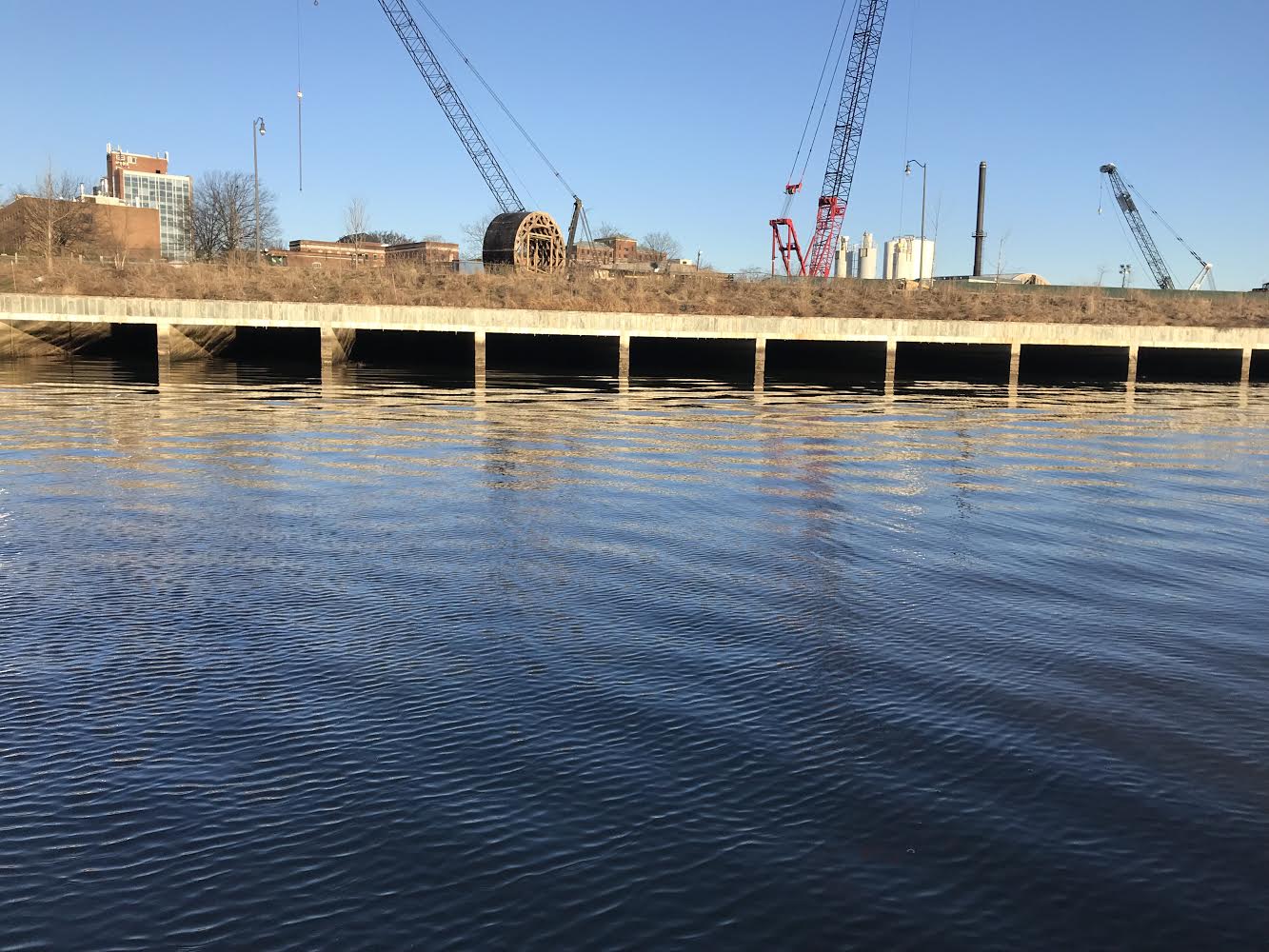 Before the Anacostia River Tunnel project was implemented, polluted waters would frequently overflow from these CSO outfalls into the river. Photo credit: Samantha Gleich

For many years, the Anacostia River was known as the “forgotten river”, as this polluted waterway did not receive much attention from managers or government authorities. This neglect inspired small grassroots organizations and concerned citizens to take legal action and fight for the restoration of the river in the 1990s. The lawsuit that ensued as a result of these grassroots movements led the D.C. Water and Sewer Authority, in conjunction with the EPA, to establish a long-term plan that would make the Anacostia River swimmable and fishable by 2025.

In addition to the changes in stormwater and sewage management that are underway, there are also plans to grow and revive certain regions of the District. Its population currently sits at 693,000 residents and by 2038 the population of this city is expected to reach a million. The revival of the Anacostia River coincides with the growth of neighborhoods east of the Capitol and may play a central role in expanding this region of the city. 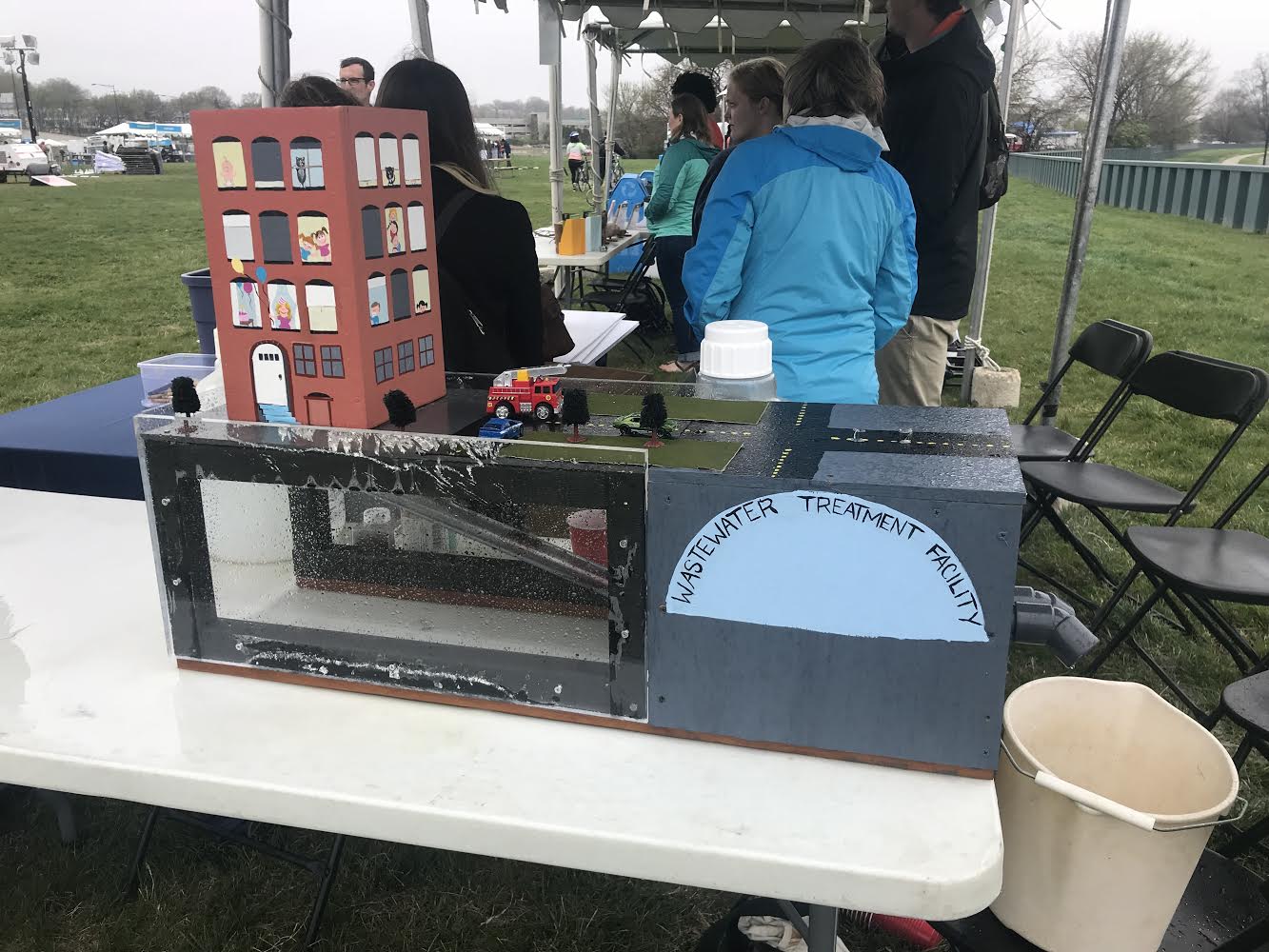 At the 4th annual Anacostia River festival, I used a wastewater treatment plant model made by Melanie Jackson and Jeff Alexander to explain the goal of the Tunnel project to local citizens. Photo Credit: Samantha Gleich

On Sunday, April 15th, the 4th annual Anacostia River Festival was held at the 11thStreet Bridge Park in Washington D.C. to celebrate the Anacostia River and to provide the public with exciting information regarding the newly implemented Anacostia River Tunnel. I monitored an information booth at this festival along with students from Gallaudet University, who had been helping me with biweekly water quality monitoring on the river. Despite the cold, rainy weather, many local citizens came to the festival and were eager to hear about the Tunnel project. To explain how the Tunnel would work, we had a model wastewater treatment plant set up on a table. The Gallaudet students and I poured water that was “dirty” with glitter into the wastewater treatment plant model. Then, we flipped a switch and the plant could begin operating. The water that came out of the wastewater treatment plant was clear, as all of the dirt (glitter) had been effectively removed through the water treatment process.

This demonstration seemed to effectively convey the Tunnel project’s goal, and many of the citizens I spoke to seemed excited about its potential to improve water quality.

This year (2018) was named “the year of the Anacostia”. The river’s potential restoration is exciting to citizens, organizations, and scientists alike.  Through my roles as a scientist and a Maryland Sea Grant Fellow, I am excited to monitor the Tunnel Project’s effectiveness. This river has put up with a long history of harm and neglect from governments and industries that surround its banks. But the Anacostia’s future looks to be a long way from its past, and its rebirth will bring good things not just to the river, but also to the communities around it. They’ve been waiting a long time.

Learn more about this student: http://www.mdsg.umd.edu/fellows/2018/samantha-gleich