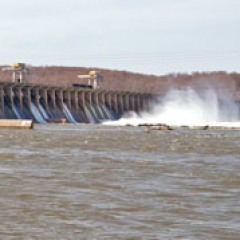 The Conowingo Dam, located near the mouth of the 464-mile long Susquehanna River, can no longer trap sediment and nutrients (mainly nitrogen and phosphorus) from the upstream watershed as efficiently as it used to. As a result, increasing amounts of these materials are passing through the Conowingo Dam to reach the Chesapeake Bay, only ten miles downstream, and harming the Bay’s water quality.

Why should we care about nutrients and sediment? This is because these materials can stimulate algae growth in the Bay, which later sinks to the deep areas of the Bay and consumes a great deal of oxygen. The resulting low-oxygen condition, which occurs repeatedly in summer, seriously threatens the ecological condition of the Chesapeake Bay. Many estuaries and coasts around the world share this problem.

What efforts have been taken to reverse the situation in the Bay watershed? Following many years of voluntary efforts to reduce nitrogen, phosphorus, and sediment loads, including in the Susquehanna River, the U.S. Environmental Protection Agency in 2010 established the Total Maximum Daily Load (TMDL) for the Chesapeake Bay watershed, which established targets for reducing nutrients and sediment.

In this context, we thought it would be both exciting and necessary to assess the progress of reducing these loads in the Susquehanna River, particularly after a lot of money and time have been invested in these efforts. We were thrilled to find that levels of dissolved nutrients have dropped in water discharged from the hydroelectric Conowingo Dam in the past two to three decades. Ninety-nine percent of the river flow from the Susquehanna River Basin passes through the dam. This is certainly good news for the Susquehanna River and the Bay.

However, we also noticed that sediment and sediment-associated nutrients have generally increased in the discharges from the Conowingo Dam since the mid-1990s. We think this is certainly alarming news that could upset many people. Does this suggest a failure of management actions in the upstream watershed? If so, then why have dissolved nutrients declined in this period?

To answer this question, we examined trends at two locations upstream of the Conowingo Dam and its reservoir. In this analysis, we were excited to find that nutrients (dissolved and non-dissolved) and sediment from the above-reservoir watershed have declined steadily in the past two to three decades. This is most likely caused by management actions to reduce nutrients and sediments. This was a clue for our puzzle: we can confidently conclude that the increase in sediment and sediment-associated nutrients discharged from the Conowingo Dam has not been caused by land changes or management actions in the upstream watershed. In fact, this problem would have been worse if upstream management actions have not taken place.

In addition, by comparing the trends above and below the Conowingo Dam and reservoir, we were able to conclude that the problem at Conowingo was mainly due to a decrease in the reservoir’s capacity to trap sediment during the past two to three decades. In fact, we estimated that the reservoir, established in 1928, was about 90 percent full as of 2010, a condition that occurred much sooner than many expected. As sediment fills up the reservoir, the river flows faster, which means a greater chance of sediment erosion, particularly during big weather events like hurricanes. As a result, fewer amounts of sediment and associated nutrients have been trapped by the reservoir in recent decades, resulting in rising loads of sediment discharged from the Conowingo Dam, as we have seen.

I published these findings with my advisor at Johns Hopkins and a collaborator at University of Maine in a scientific journal, “Science of the Total Environment.” From a management point of view, there remains a great deal of additional work to do to cope with these changes in reservoir sedimentation, if we want to meet the TMDL goals by the EPA’s deadline of 2025. Toward that end, a study team has been formed by multiple agencies since 2011, including the U.S. Army Corps of Engineers, U.S. Geological Survey, Maryland Department of Natural Resources, and Chesapeake Bay Program, to evaluate the feasibility and impacts of several plans for managing the sediment behind the Conowingo Dam. In several meetings and workshops, we have shared our findings with the team representatives, which was considered informative and supportive to their evaluations. In the near future, we plan to work closely with the team to continue research that could be important from both the science and management perspectives.

Learn more about this student: http://www.mdsg.umd.edu/fellows/2013/qian-zhang 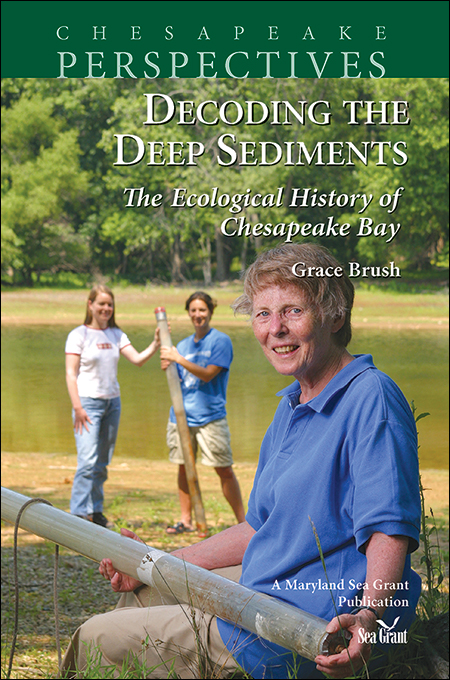