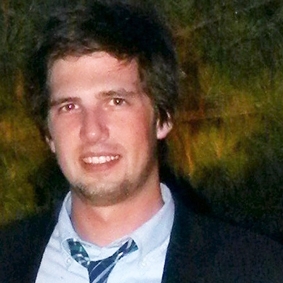 As the special assistant to the director and deputy director, he helped to coordinate ocean policy between the office and NOAA’s National Marine Fisheries Service. As part of a new initiative in collaboration with the Office of Science and Technology, he also worked to incorporate planning for climate change into efforts to conserve and manage aquatic species.

Sykora-Bodie earned a dual master’s degree student in environmental policy and conservation biology at the University of Maryland, College Park. His research originally focused on climate change adaptation. In particular, he explored the best ways for small island nations to prepare for climate impacts, including rising sea levels.

Recently he turned his attention to conserving marine protected areas -- habitats where regulations curtail commercial fishing to give struggling fish populations the chance to recover. He’s studied how changing atmospheric and oceanic conditions could harm or help marine species living in these areas.

A Pennsylvanian native, Seth grew up near Lake Erie, where he spent his days horseback riding, rock climbing, and playing soccer and Frisbee. He’s lived abroad in France, South Korea, England, Costa Rica, and India and studied Arabic in North Africa with the U.S. State Department. Before beginning graduate school, he worked on a sea turtle conservation program in the Caribbean.

Following Seth's fellowship, he stayed with the Office of Protected Resources as a contractor. In Fall 2015, he will begin a Ph.D. program in Marine Science and Conservation at Duke.