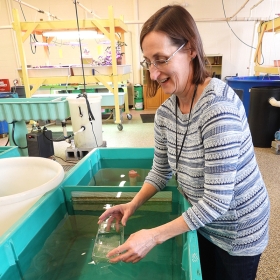 All winter long, four of Judy Plaskowitz’s students—seniors at South Carroll High School in Sykesville, Maryland—have tended two enormous tanks behind the school’s Career and Technology Building, hoping the yellow perch (Perca flavescens) inside could successfully over-winter outdoors. A week ago they learned that they more than succeeded; the female perch laid eggs.

“We’ve never had one of our native fish reproduce in captivity at one of the schools,” says J. Adam Frederick, assistant director for education at Maryland Sea Grant (MDSG), who since 1997 has been helping Plaskowitz and all of Carroll County’s schools raise and release native fish. “Everything must be just right to have had it happen.” 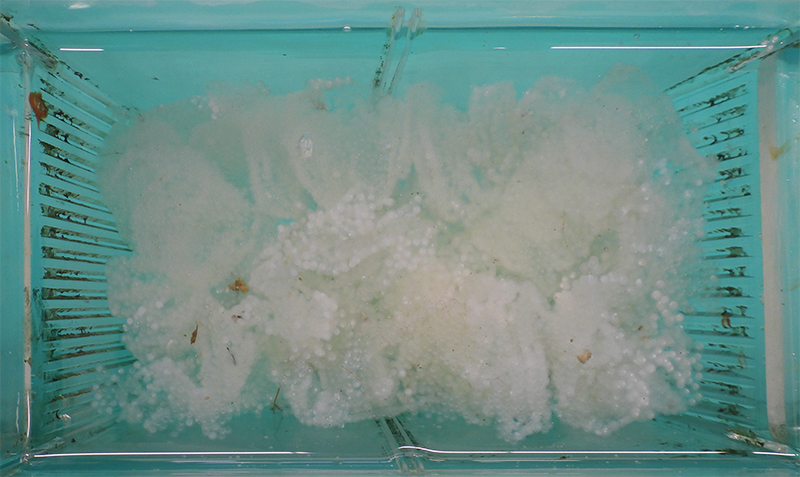 The 3,200-gallon double-tank system is part of the school’s innovative Science Research course, where Plaskowitz’s students are using aquaculture as a means to learn science content. They are accomplishing this through raising tilapia and yellow perch, as well as rainbow trout, the latter of which will be released in neighboring Morgan Run, and growing vegetables through integrated aquaponics. MDSG, the Institute of Marine and Environmental Technology (IMET), and University of Maryland Extension (UME) helped develop the lab’s elaborate systems over several years and continue to support its efforts. The aquaculture program funding has been provided since 1997 through MDSG, UME, Maryland’s Department of Natural Resources (DNR), Carroll County Public Schools, and other partners. 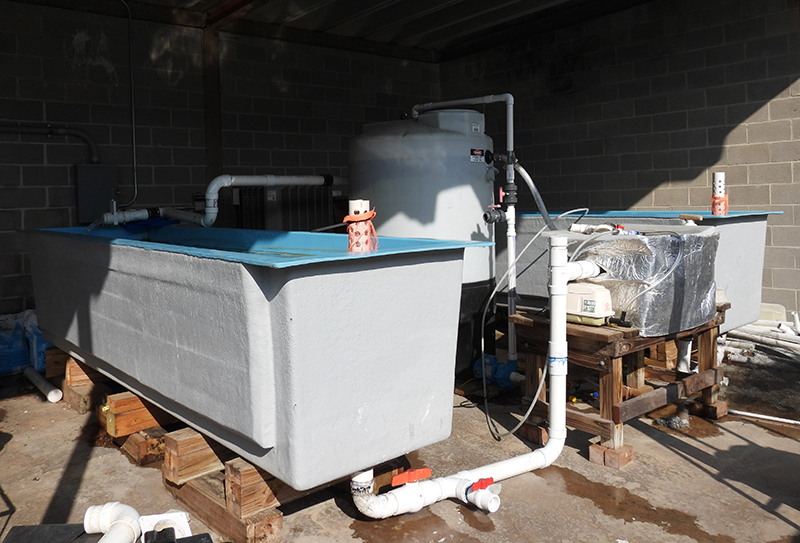 The custom-designed outdoor tanks were a new addition in 2018. After a year of tweaking the system’s design, last spring Plaskowitz and her students installed 300 yellow perch from Maryland DNR and IMET into the tanks with the goal of getting them through a winter. “I wanted to get practice with a fish that was not quite as demanding as far as water quality needs as the rainbow trout are,” Plaskowitz says. “The perch were the first try at this because they are much more tolerant of changing water conditions.” 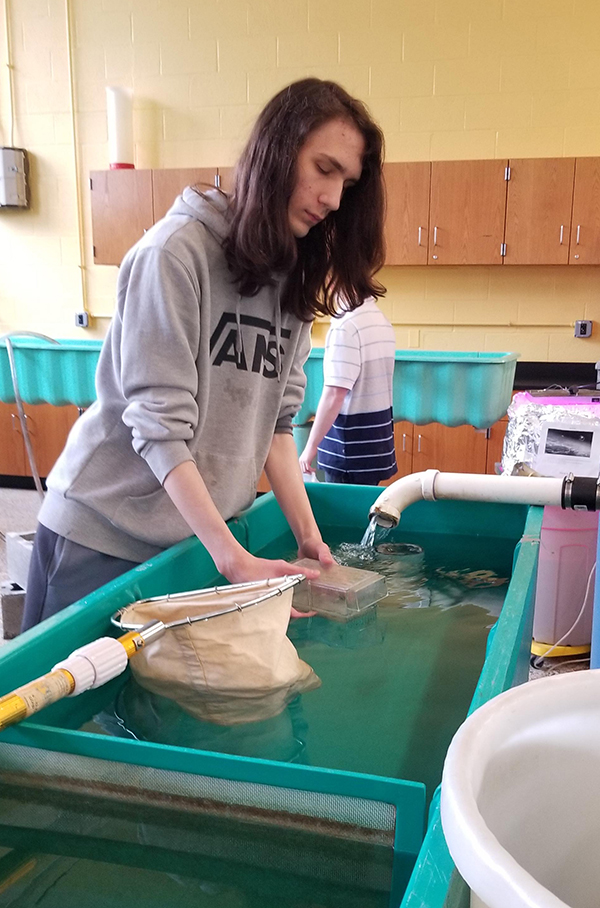 Mike McGrath, one of the students who monitors the tanks and fish, holds the some of the yellow perch eggs in a hatching box. Photo courtesy of Judith Plaskowitz, South Carroll High School

After shutting down the filtration system in November, the students maintained aeration and installed pond heaters to keep enough surface thawed to allow gas exchange. They monitored ammonia and nitrate levels to determine the fish’s activity and how much or little they should be fed.

“The expectation was it would get cold and would stay cold, and the fish would go dormant,” Plaskowitz says. “But with the varying temperatures we had this winter, we had periods when the fish would have higher metabolism rates and then lower rates, so the challenge there was maintaining water quality and managing their feed . . . I had kids who were willing to do water changes when it was 40 degrees.”

Last week the students decided it was time for a major water change, so they moved all of the fish out of one side of the system to clean the tank. When they returned the next morning to move the fish back in, they were astonished to find a softball-sized clump of eggs. By afternoon, “They came back and said, ‘Ms. P, we have eggs all over the place!’’’

The fish have continued to reproduce since then, and Maryland DNR advised that after the eggs hatch out, many can be released (Maryland DNR already has a full stock of yellow perch eggs at hatcheries). Meanwhile, Plaskowitz and the students have moved some of the eggs indoors where they hope to hatch and ultimately release them.

With the success of this experiment, Plaskowitz is ready to try to over-winter rainbow trout next. “I learned a lot,” she says, though she admits she never expected to see eggs, the kind of surprise that’s “one of the joys of my job, honestly."