Fishing for a Future: An Ethic for Ocean Anglers (DVD) 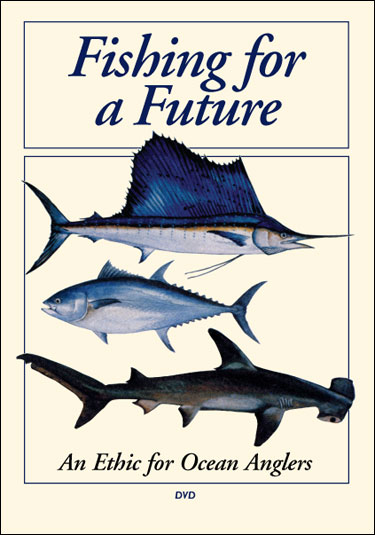 Filmed on the offshore waters of the Mid-Atlantic and New England, Fishing for a Future, examines the campaign to convert ocean anglers to a new fishing ethic.

Featured in the video are a handful of crusading fishermen working to spread the gospel of catch and release among recreational fishermen casting and trolling and chumming for fish in our coastal waters.

Catch-and-release fishing can be a hard sell along the ocean, says George Reiger, a writer for Field and Stream Magazine. The first true believers for catch and release were found along inland rivers and lakes among freshwater fishermen, many of them fly fishermen. They were after the skill and thrill of the catch, but wanted a way to protect dwindling populations of trout and bass, walleye and northern pike.

Along the bays, sounds, and oceans, on the other hand, fish populations once seemed so endlessly abundant. For fishermen out on the deep blue, the old-time religion hung on. Many believed in killing and keeping all the legal-size fish they could catch. Reiger saw what was really happening: "Those who have been fishing ten years or more can see it painfully," he says. "There are just not as many fish out there."

Many of the new advocates are experienced professionals, fishermen like Mark Sampson, a charter-boat captain out of Ocean City. He shows his clients how to catch sharks, the most-feared predators of the sea, and then he shows them something else: How to put a tag on them and set them free back to the sea. He's quite blunt with his clients: "The real professional guys turn their fish loose out to sea. They don't have to prove anything to anybody."

In New England Tom Hill works the famous fishing banks off Gloucester, Massachusetts with a fleet of party boats. His goal: Find fish for his customers and introduce them to a new way of thinking about the ocean. "Catch and release is an ethic," argues Hill, and a way to help save ocean fishing for the future.