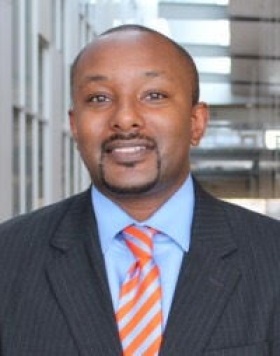 Runoff water from storms is one of the leading causes of pollution in the Chesapeake Bay. James Hunter, Ph.D., a professor at Morgan State University, intends to change that with a special project.

Hunter’s Stormwater Utility Management System and Solutions project, also known as SUMZ, aims to enable local governments to consider factors that contribute to the volume and quality of stormwater and participate in an initiative to standardize fees, abatements and tradeable storm credits to maintain stormwater systems. The tool, which Hunter helped design as a stand-alone software program and a data-management platform, offers municipalities help in setting stormwater utility fees that reflect the related activity on the landscape. It also provides stormwater utilities with information to raise and collect revenue.

“The EPA has this mandate that, basically, all the states have to protect the Chesapeake Bay, so you’re trying to limit the amount of pollution that’s directly correlated to a lot of the hard surfaces,” Hunter explained. “You get a lot more storm runoff when you have hard surfaces like the roof of your home, the driveways and roads. This produces a lot of runoff, which also carries pollutants that have been dumped into our storm systems and that goes right into our streams and rivers and reconnects with the Chesapeake.”

SUMZ was created in response to the creation of a stormwater remediation fee, which mandated Maryland’s 10 largest counties and Baltimore City to charge fees to homeowners and businesses to pay for stormwater management. Many residents and government officials acknowledged the need to reduce stormwater pollution, but they did not like the mandated fees. Eventually, the legislature rolled back the requirement for a fee, but the EPA still requires the jurisdictions to find a way to reduce stormwater pollution – whether through a fee, a tax, voluntary programs, or other means.

“These jurisdictions have to have some type of funding to support those storm management programs,” Hunter said. “What SUMZ does is, it helps those areas to calculate what that fee may be, the amount of revenue they’re going to get and also keep track of the infrastructure and credits they may get to relieve some of those costs.

Hunter is a professor with Morgan State University’s Department of Civil Engineering, where he’s been for the last 10 years. He said he always had an interest in environmental engineering and using Geographic Information Systems (GIS) and modeling to solve environmental problems. He further satisfied his interests when he attended graduate school at Purdue University in Indiana, where he helped to develop tools addressing problems with land-use in EPA Region 5, the collection of states surrounding the Great Lakes.

It was while still at Purdue that Hunter helped develop a decision support tool for low-impact development stormwater practices based on land-use, soil combinations, and long-term climatic data. He continued this work upon his arrival at Morgan in 2009, where he’s received six awards or grants in the field of research and development.

“A lot of our projects are directly in streams, so there’s a direct impact to aquatic life and water quality based on those construction and maintenance activities,” Hunter said. “We offer decision support and guidance on that, so that’s where most of our funding has come from.”

In 2017, The Maryland Innovation Initiative, part of the Maryland Technology Development Corporation (TEDCO), awarded Hunter’s SUMZ project a “Phase 1” award of $115,000, making him the fifth professor from Morgan State to win such an award. He filed a patent for the project a year later, in April 2018.

Hunter has noticed his engineering students are increasingly interested in stormwater solutions, a growing area of employment for both city governments and nonprofits tasked with cleanups. In Baltimore alone, the Department of Public Works is expanding its call for stormwater engineers and maintenance workers to tackle the immense challenge of cleaning the waterways. Hunter is also focusing on keeping contaminants of emerging concern out of waterways. The funding from TEDCO, he said, will be instrumental in his future work with students as they refine and apply the technology. Already, he said, a demo of the project showed its promise; with funding, he said, the team can work on refinement and get it deployed.

Finding the Right Path: It isn’t always a straight line