A Tribute to Walter Boynton 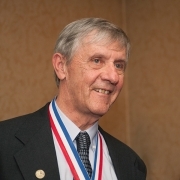 Walter Boynton, whose groundbreaking research helped establish that excess nutrients degraded the Chesapeake Bay’s water quality and habitats, was awarded the 2016 Mathias Medal to recognize his distinguished career of scholarship and public service. Dr. Boynton is the seventh recipient of the medal since it was established in 1989.

The Mathias Medal recognizes outstanding environmental scientists whose research has made major impacts on environmental policy in the Chesapeake Bay region. The medal is named for U.S. Senator Charles “Mac” Mathias, who helped to create programs to study and restore the estuary. 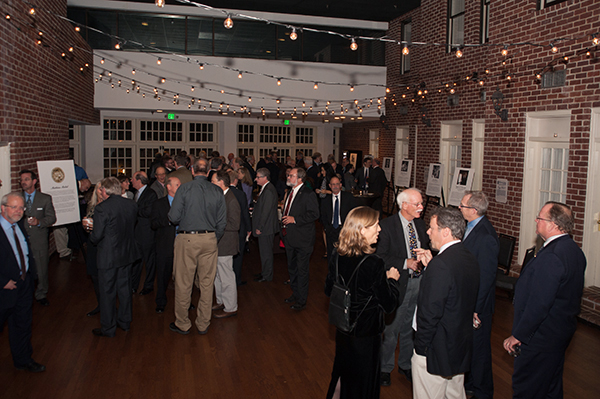 The awards dinner at the Governor Calvert House in Annapolis on December 2 featured more than 100 of Dr. Boynton’s scientific colleagues, friends, and family members. 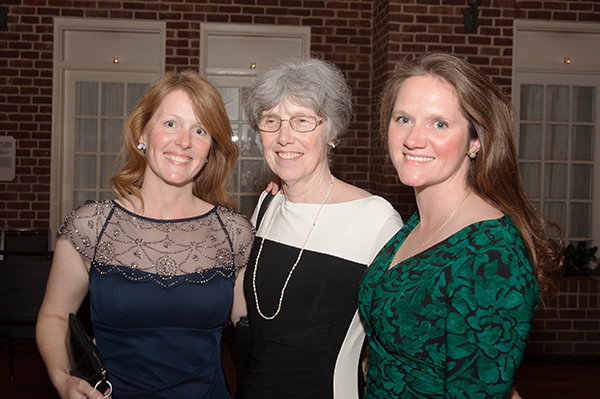 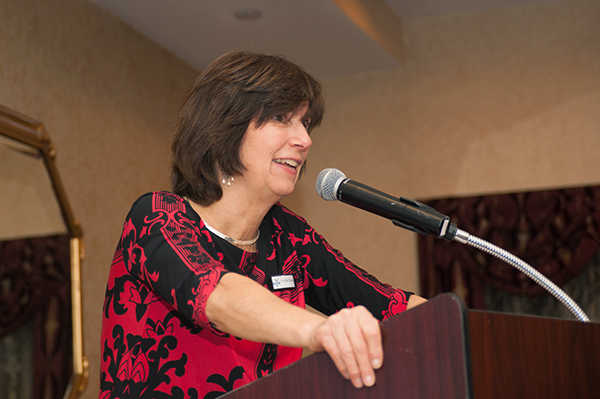 Guests were welcomed by Fredrika Moser, director of Maryland Sea Grant, which with Virginia Sea Grant and the Chesapeake Research Consortium awards the Mathias Medal. 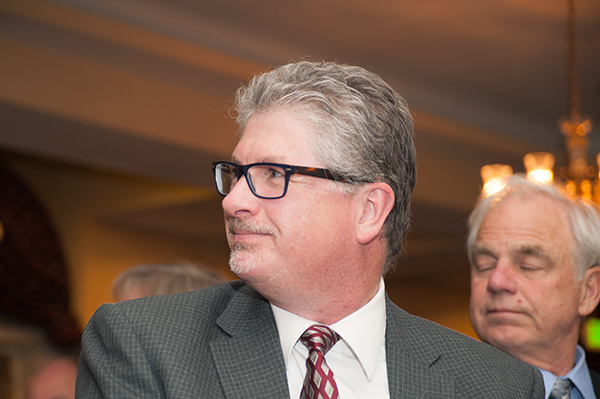 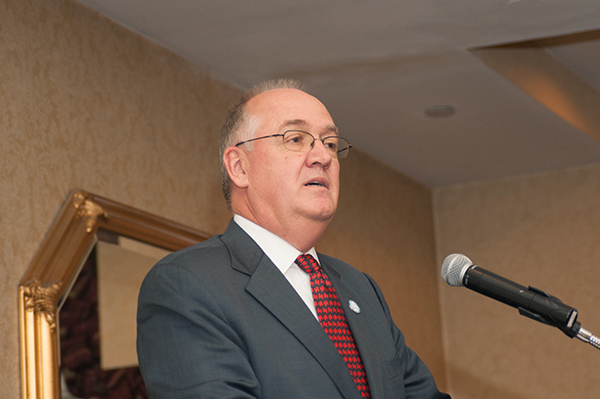 Thomas Miller, director of the Chesapeake Biological Laboratory of the University of Maryland Center for Environmental Science, where Walter Boynton has spent his career. 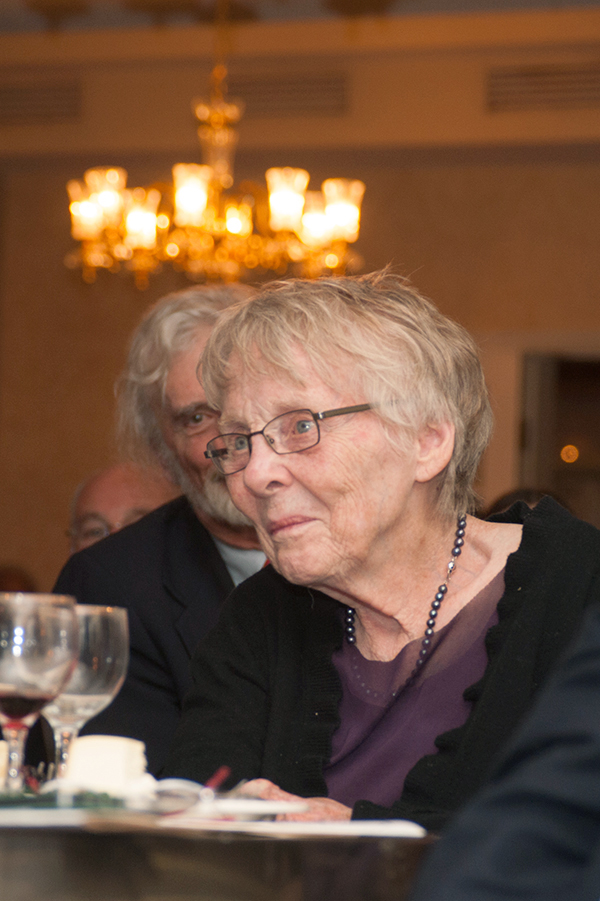 Listening was Grace Brush, an ecologist at the Johns Hopkins University who received the Mathias Medal in 2004. 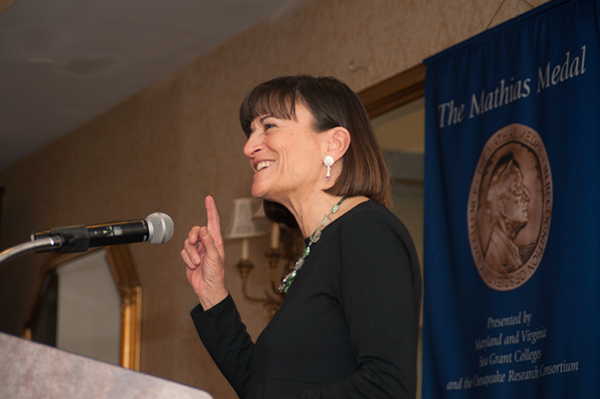 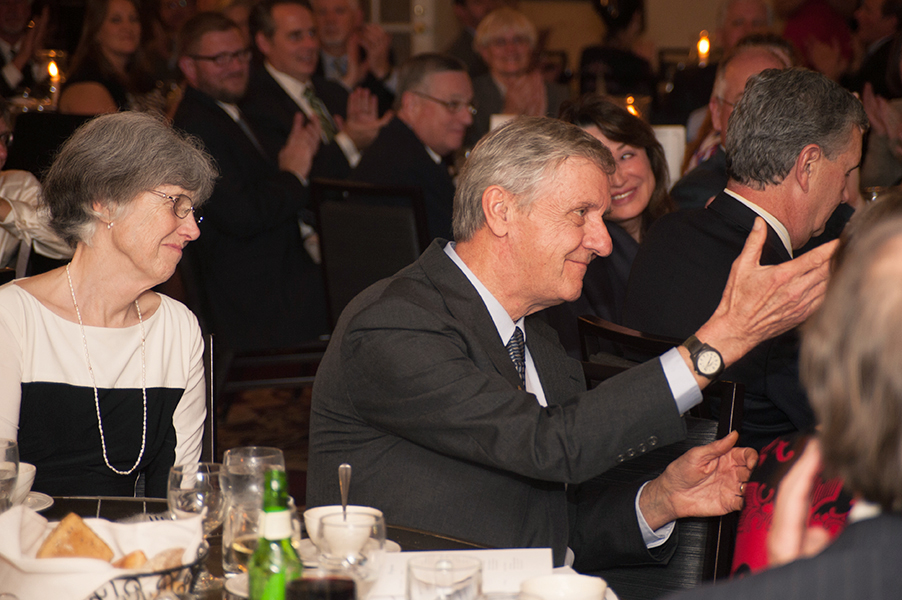 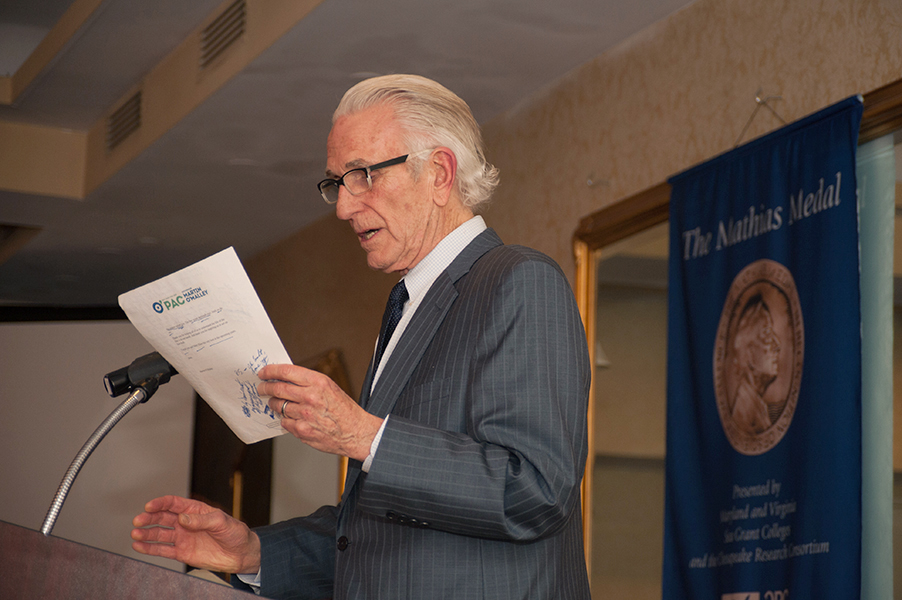 John Griffin, former chief of staff for Maryland Governor Martin O’Malley and a former secretary of the Maryland Department of Natural Resources, read a letter from O’Malley praising Dr. Boynton’s accomplishments for the Chesapeake Bay. 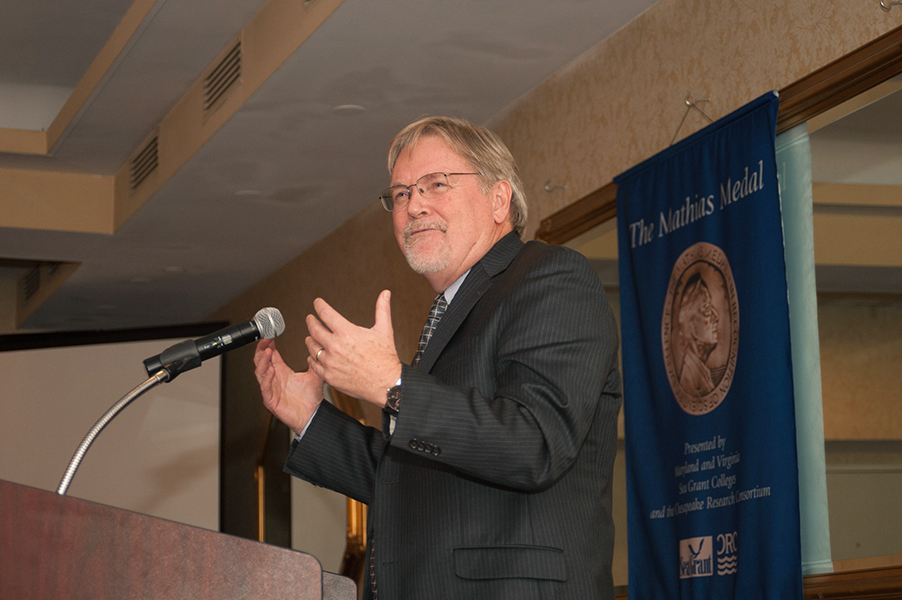 Robert Twilley, director of Louisiana Sea Grant and, like Dr. Boynton, a wetlands and estuarine ecologist, delivered the keynote address, “Living on the Edge — Coastal Science and its Communication.” 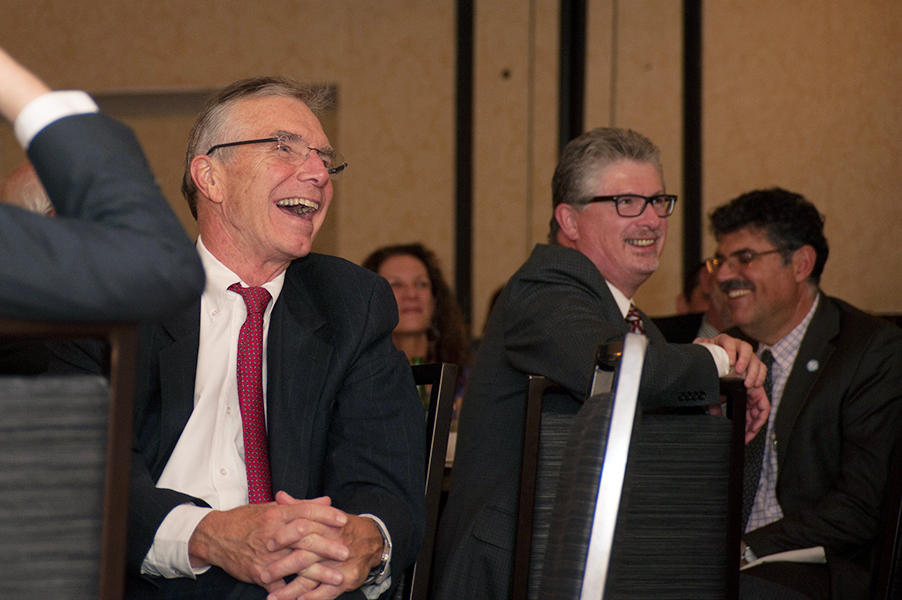 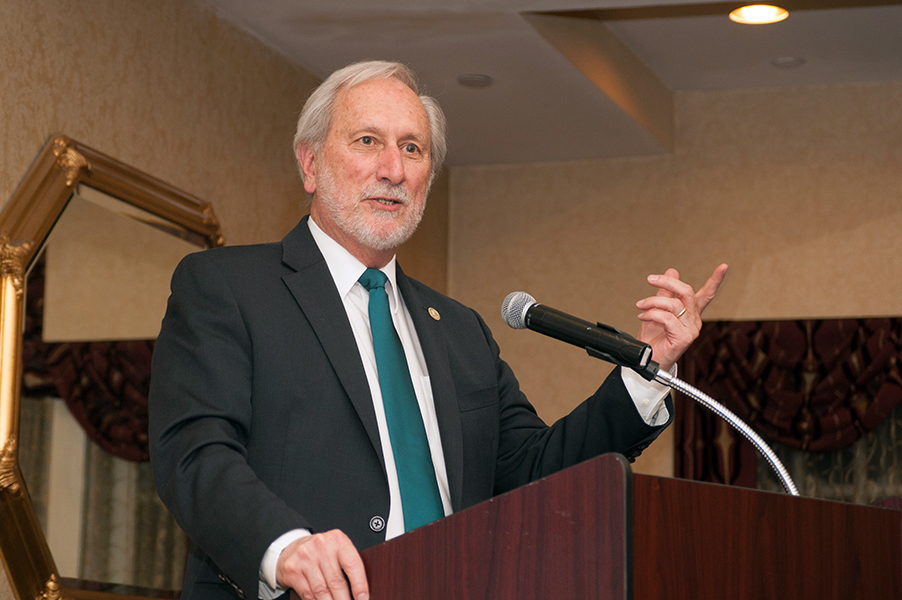 Donald Boesch, president of the University of Maryland Center for Environmental Science. 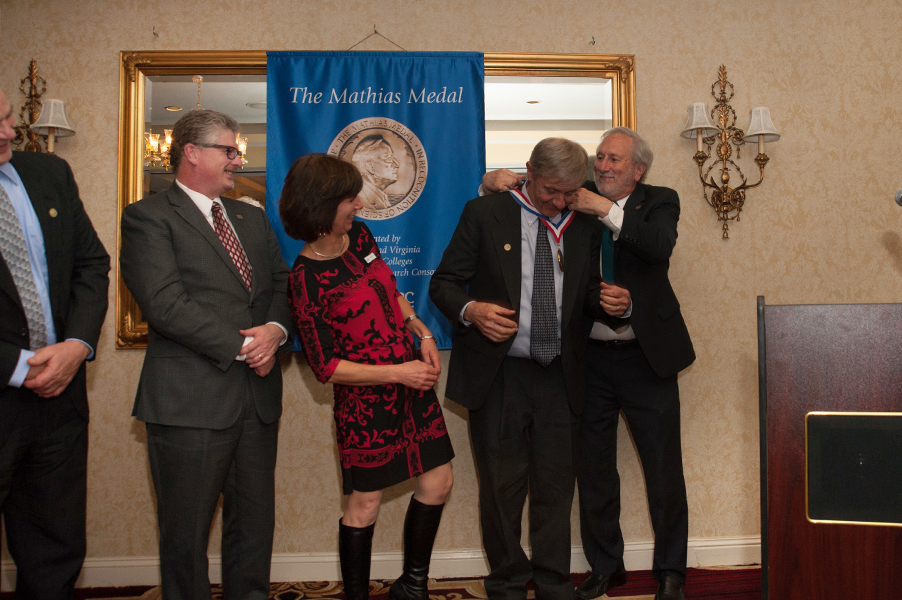 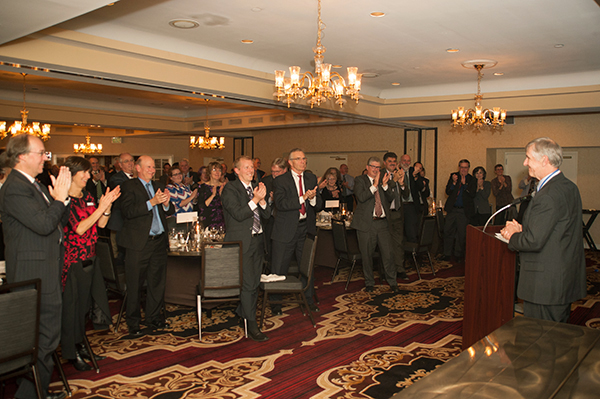 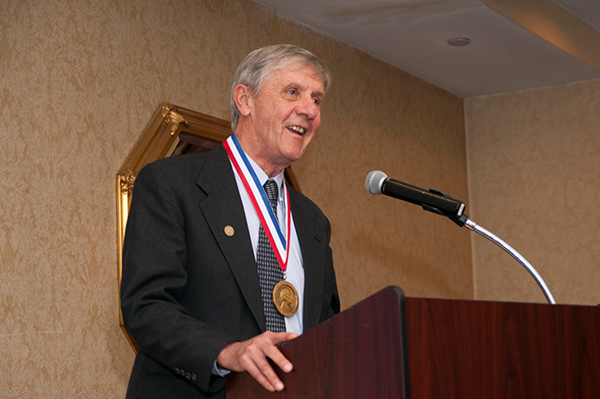 Dr. Boynton took the podium and his turn for remarks. 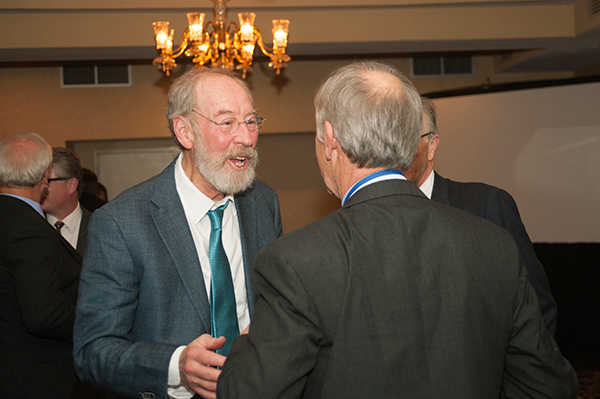 Michael Kemp congratulated Boynton, his long-time collaborator. Kemp is a professor at the University of Maryland Center for Environmental Science's Horn Point Laboratory. 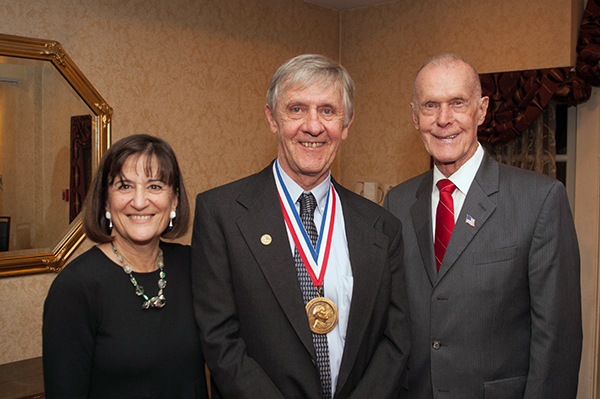 Ann Swanson and former Maryland Senator Bernie Fowler (right) posed with Dr. Boynton. Fowler has worked closely with Boynton on efforts to preserve the Patuxent River and the Chesapeake Bay.

This video, filmed and edited by Maryland Sea Grant video producer W. Michael Fincham, features interviews with Dr. Boynton and Senator Fowler about Walt's career. A shorter version of this video was played during the award ceremony. 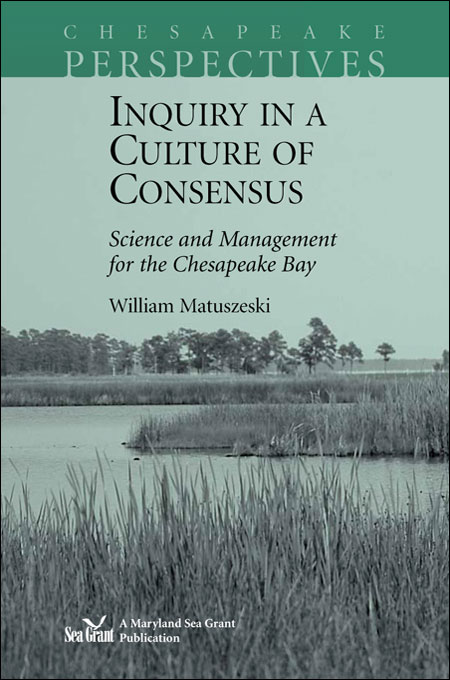