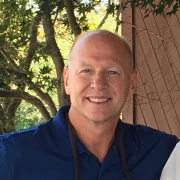 Bill Hubbard, a longtime forester and extension educator, has joined Maryland Sea Grant and the University of Maryland College of Agriculture and Natural Resources as the new Assistant Director/Program Leader. He replaces interim leader Robert Tjaden, also a forester, who will return to teaching.

Hubbard has been working in natural resources and extension education for three decades, mostly in the southern United States. He received his B.S in forest management, an M.S. in forest economics and a Ph.D. in Adult Education and Program Evaluation. He was most recently the Southern Regional Extension Forester at the University of Georgia, where he was the liaison between the 13 Southern Land Grant Universities and the USDA Forest Service-Southern Region. His responsibilities included serving the southern Land Grant University System and U.S. Forest Service through collaborative development of natural resource programs as well as technologies that improve the efficiency, effectiveness, and relevance of the supporting institutions.

Within the last 25 years, he has grown this department from a one-person position to a staff of more than 12 personnel. Prior to this role, he was a State Extension Specialist at the University of Florida for five years. He was one of the founding members of the Association of Natural Resource Extension Professionals, and has been active since its inception. Bill is an elected Fellow with the Society of American Foresters and most recently received the TEAM Award from the USDA Secretary of Agriculture.

“Moving to a state like Maryland is like a dream. It has a wide diversity of natural resources from the mountains to the coastline, from rural to urban, and its people have been fantastic,” Hubbard said. “Maryland Extension has an excellent reputation, nationally, and Maryland Sea Grant especially is respected as one of the best programs in the country.”

Maryland Sea Grant includes 12 extension specialists who have joint appointments to the College of Agriculture and Natural Resources. They focus on water quality and restoration, seafood safety, grants and capacity building for communities, coastal resilience, and fisheries and aquaculture. Since he joined the team on Jan. 7, Hubbard has been joining the specialists in the field to learn what they do and how he can support their work.

“My job right now is just to get to know what everybody here does; I’m definitely in ‘learn mode,’” he said. “I’m hoping to get to know the people and the natural resources, and make a difference in positive ways.”