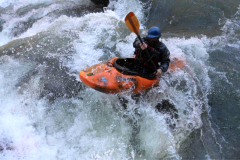 Moving water has always captivated my attention. It started with the ocean: waves pulsing towards shore and breaking, offering endless intrigue. Rivers came next, especially swollen ones after heavy rains.

The rationale for my attraction to moving water has varied over time. Initially, it was awe. Next, it was recreation: surfing, kayaking, and rafting. As a graduate student, I’m now applying my longstanding fascination with moving water, and specifically high flowing rivers, towards addressing important scientific questions. 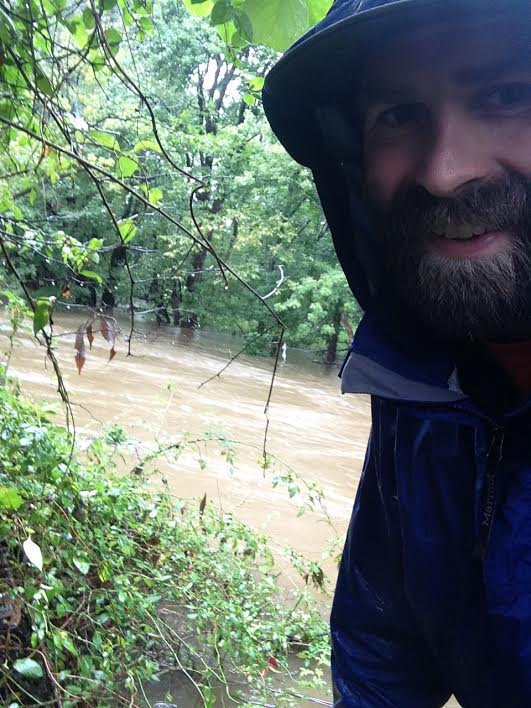 Streams and rivers transport nitrogen to the Chesapeake Bay. For a few decades, too much nitrogen has been transported by streams and rivers and delivered to the Bay, which harms the estuary in multiple ways. Generally, during or directly after large rain events, more water moves through a stream or river, and more nitrogen is transported downstream and ultimately reaches the Chesapeake Bay.

We understand this relationship between the amount of water and nitrogen moving downstream. However, we’re still trying to figure out the differing sources of nitrogen transported in rivers during high flow events. Is the nitrogen coming mostly from the atmosphere? Is it from agricultural fields? Can we distinguish these nitrogen sources using small differences at the atomic level? In addition, scientists predict intense precipitation will increase in the coming decades, making this research especially relevant for the future health of the Chesapeake Bay. 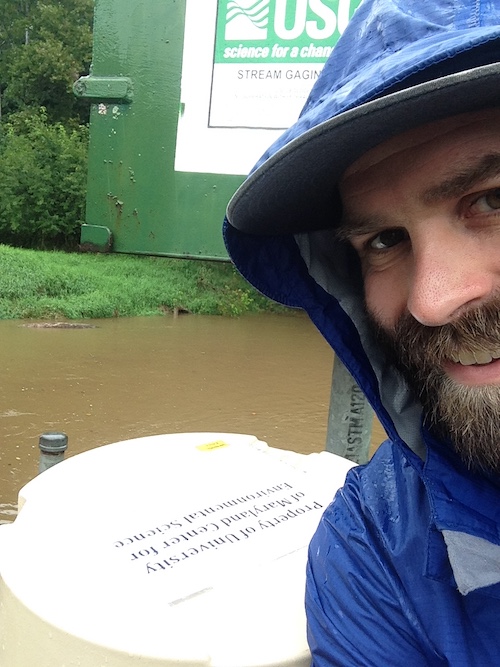 I’m researching how nitrogen sources transported in rivers changes during high flow events. To address this research question, over the next year, I will collect multiple water samples from two different rivers in Baltimore County throughout a storm’s duration. Next, I will measure the amount of nitrogen in each sample. Finally, I will measure small differences in the chemical composition of nitrogen, or isotopes, in each water sample. Different sources of nitrogen, such as fertilizer or atmospheric nitrogen, have mostly unique isotope values. So, these isotope “signatures” of different nitrogen sources allow me to measure how the sources change throughout a storm.

Collecting river water samples during a storm requires planning, and thus some knowledge of the coming storm. So, I’ve been constantly monitoring myriad precipitation forecasts for the past month. I developed this skill during my whitewater kayaking days. Now, instead of monitoring forecasts for potential kayaking adventures, I’m waiting for sizeable storms to produce intense precipitation. So far, I’ve sampled during one storm, collected 44 stream samples, and learned a lot about what to do differently the next time a storm comes that I can take samples from. I look forward to sharing details of the storm sampling adventures and sharing some preliminary results in my next post.

Learn more about this student: https://www.mdsg.umd.edu/fellows/2016/joel-bostic