Conservation is Messy, and Science Can’t Always Fix It 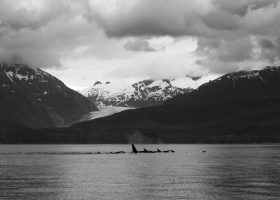 The concept of triage (selecting which species to save from extinction) was always an interesting yet unrealistic topic for many of us who studied conservation biology, environmental policy, or some similar field in school. We would sit around discussing the criteria for making those choices because we understood that resources for conservation are scarce. But it was still just an empty exercise that seemed inapplicable to any situation we might potentially find ourselves in down the road. In our minds, there was no way that decisions could be made like this; there had to be some sort of complicated system that would ensure that wildlife is well managed.

But decisions about conservation are messy because, as everyone eventually realizes, science is subjective—ten people might all read the same research paper and interpret it differently. The funny thing is that once we realize this, we try our best to resist it by making things more quantitative or developing new computer models that may reduce our uncertainty to some extent but will never fully answer all of our questions. The reality is that science is subjective and can only take us so far and inform our decisions so much.

For the last seven months, I have been seeing this reality first hand as a Knauss Marine Policy Fellow working in the Office of Protected Resources (OPR) of NOAA’s National Marine Fisheries Service (NMFS). My work focuses on implementing the Endangered Species Act (for marine species) and the Marine Mammal Protection Act. As a regulatory agency, NMFS is extremely focused on managing risk (e.g., political, ecological, legal) as it implements some of the nation’s most complicated environmental statutes. This translates into regulations and policy directives that outline the processes used for ensuring the survival of our marine species for the future. One would think these powerful and long-standing laws are iron-clad, and in many ways they are, because they must be crafted well enough to survive the inevitable lawsuits challenging many of the agency’s actions.

But what this does not capture is the moment after science informs our thinking and we as managers are left to our own devices. In other words, it misses the amount of influence that individuals can have on agency priorities and decisions as we incorporate other types of knowledge in addition to science. Decisions to list endangered species and designate critical habitat have very well defined processes. But many other programs are the result of scientists and managers sitting down and having honest conversations about how best to spend the taxpayers’ money to recover protected species. Often the right decision is far from obvious. Sometimes options are limited by a lawsuit from an NGO or by the statute itself, but it is also regularly the case that the agency is forced ahead into unknown territory by quickly emerging issues, and the only information we have to go on is past case law, successes and failures, or personal experience.

I was given further insight into the subjective nature of science-based policy decisions recently when I received what felt like a promotion. Many of my day-to-day responsibilities as the OPR director’s special assistant were handed off to others so that I would have time for some new experiences before my year as a Knauss fellow ends. One of these new assignments was working to develop a budget initiative for the 2017 fiscal year. On the surface, this initially sounds like a miserable job that many of my former classmates would scoff at; who would give up doing research in the field to spend their days working on the federal budget in Washington, D.C.?

But as I said at the beginning, so much of life comes down to interpretation. In my mind, this is a once-in-a-lifetime opportunity because where our money is spent indicates our priorities. The Office of Protected Resources spends over $280 million a year on marine conservation, and I am being asked to help craft our next request. How much new money will we request for 2017? What do we want to do with that funding? Do we want to spend it on improving our interagency consultation process to help the Department of Defense to reduce its impacts on dolphins? Or do we want to spend it on developing less harmful fishing gear to reduce accidental bycatch of marine turtles? Should we “spread it like peanut butter,” as they say, and give a little bit for each of our 209 managed species? Or should we focus it all on a handful of species that we think could make measurable improvements with just a little bit more investment?

Those questions matter. And I think they probably matter more than anything else on which I have had the chance to work. I have been lucky enough to sit at the table with five or six other people discussing which species we can keep on life support and which ones we can actually hope to recover and potentially delist in the near future with just a little extra funding. There are only a handful of experiences in our lives where we are aware enough to realize the significance of a moment—and this is undoubtedly one of them for me.

Learn more about this student: http://www.mdsg.umd.edu/fellows/2014/seth-sykora-bodie