Building a Secure and Sustainable Water and Energy Future for Hawai'i 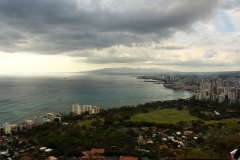 However, houses are falling into the ocean from rapidly eroding shorelines because of sea level rise, coastal storms, and sand extraction. Coral reefs are bleaching and dying. Likewise, sea level rise, pollution, and overuse threaten Hawai’i’s precious groundwater resources.  Isolated in the middle of the Pacific, this chain of volcanic islands is extremely vulnerable to climate change.

As part of my Knauss Marine Policy Fellowship with the National Sea Grant Office, I traveled to Hawai’i to attend their Green Future Conference. The conference brought together leaders and stakeholders to focus on building a secure and sustainable energy future for Hawai’i. U.S. Senator Barbara Boxer, chairman of the Senate Committee on Environment and Public Works, stressed how important this meeting was because, she said, “Hawai’i is at ground zero for climate change.” She applauded the state for having a 70 percent renewable energy goal by 2030 in their Climate Adaptation Plan and requiring solar water heaters in all new homes.

Senator Brian Schatz (a former program assistant for Hawai’i Sea Grant), led a roundtable discussion to identify challenges and solutions for a sustainable Hawai’ian future. I was amazed to hear that the state imports 93 percent of its energy and has the highest energy prices of any state in the nation. A representative from the University of Hawai’i at Mânoa highlighted the importance of increasing renewable energy by pointing out that energy makes up 22 percent of college tuition costs and the money spent on oil imports each year could put approximately 28,000 students through college.

The chair of the Hawai‘i Public Utilities Commission emphasized the importance of increasing energy efficiency through new smart grid and net metering technologies. The president of the Polynesian Voyaging Society provided hope by reminding everyone that before white colonists settled Hawai’i, its population size was similar to today’s and the residents were strong, healthy, and self-sufficient without any food, petroleum, metal, or other imports. He advised embracing traditional Hawaiian values and techniques and is leading by example by voyaging around the world in a traditional Hawaiian voyaging canoe. 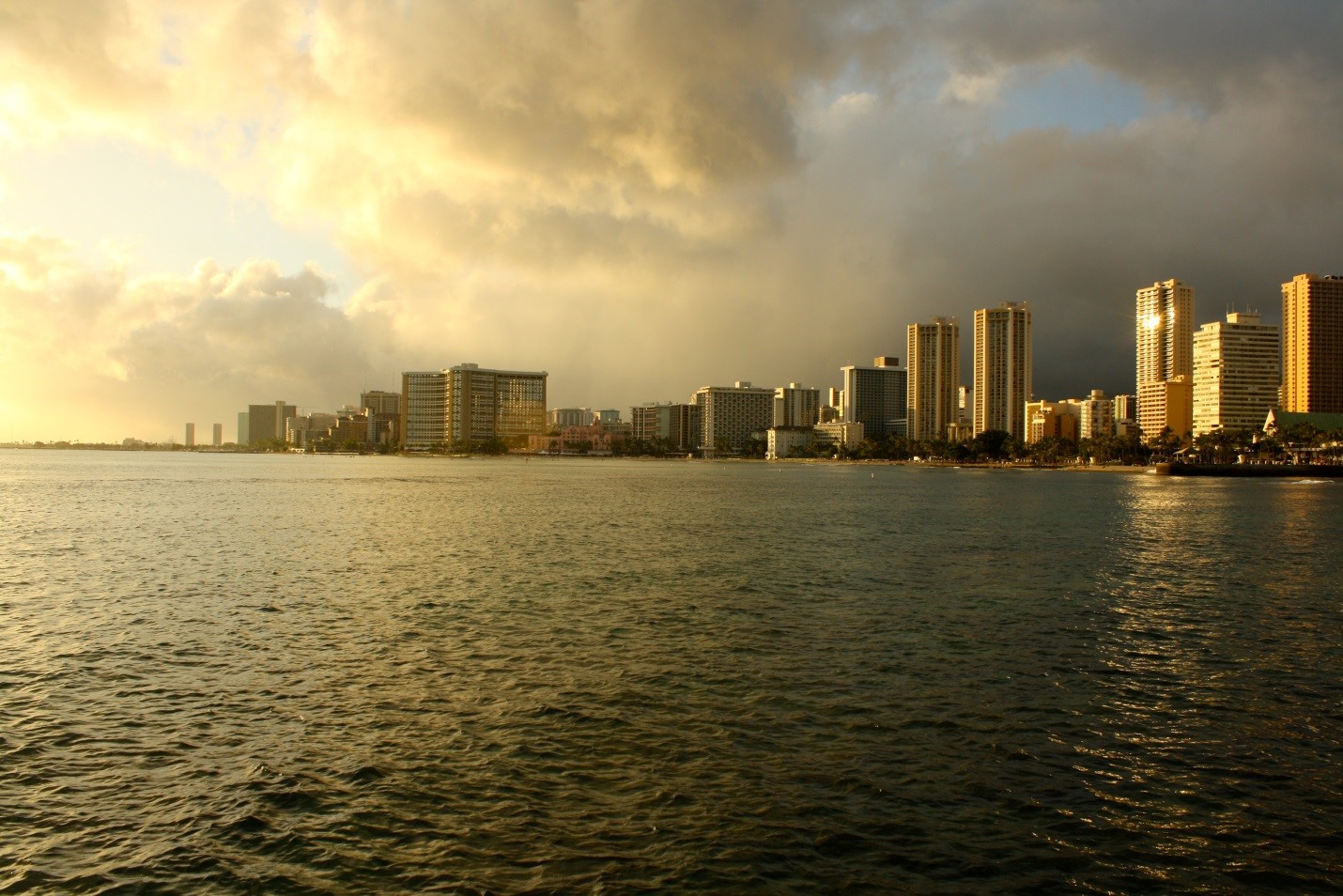 Infrastructure along the coastline in Honolulu 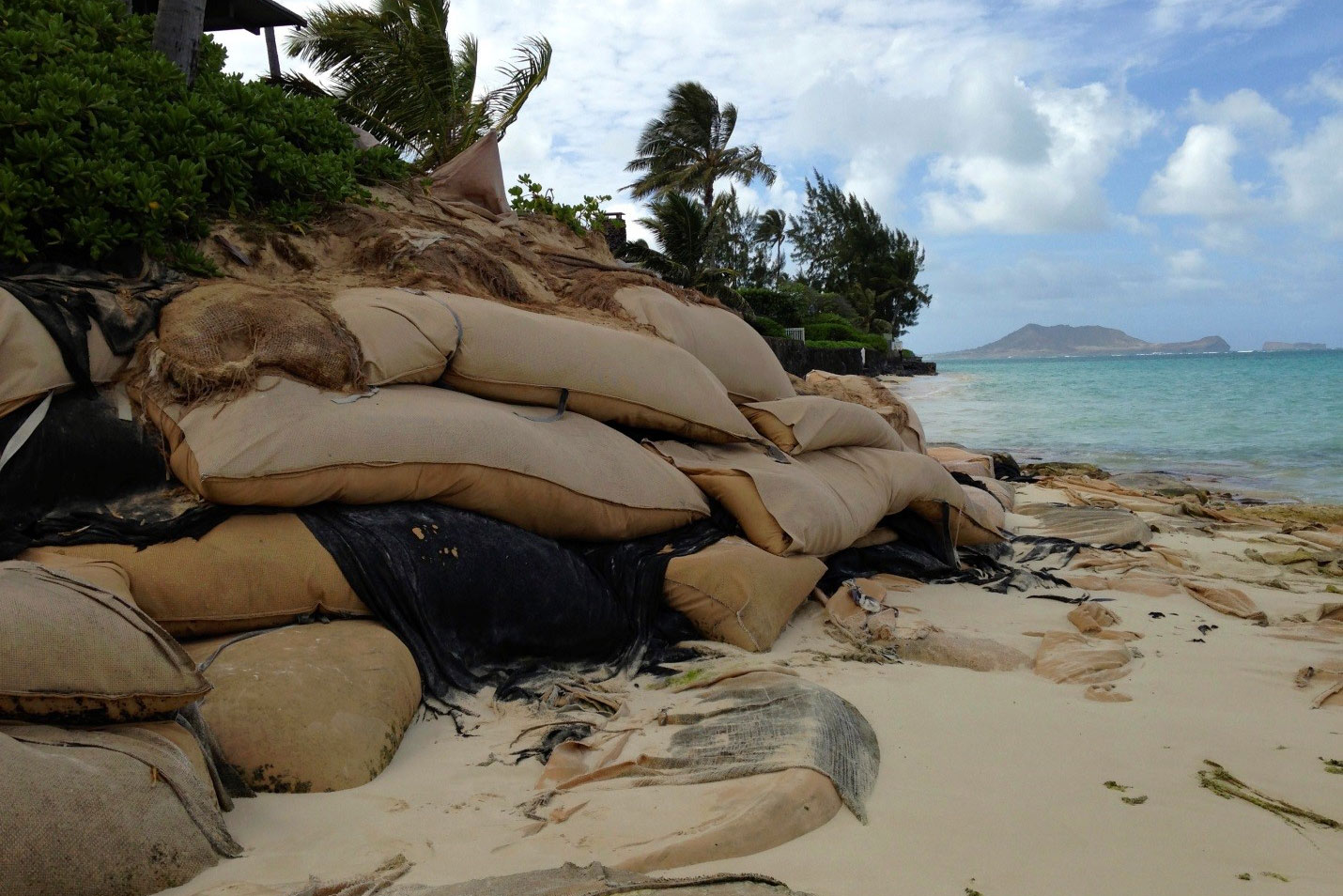 After the roundtable, I helped with a topical breakout session addressing issues in water resource sustainability and management. Tim Houghton, the deputy director of environmental services for Honolulu, highlighted the linkages between water and energy sustainability. One exciting sustainability project is the Sand Island Wastewater Treatment Plant, which reuses sludge to produce 72 megawatts of energy, offsets the need for oil, and creates fertilizer pellets. They are also looking for creative ways to reuse water and increase water efficiency.

Jared Blumenfeld, the U.S. Environmental Protection Agency's administrator for the Pacific Southwest, pointed out the opportunity to convert 450,000 Hawaiian homes from using treated drinking water for outdoor irrigation to other sources like rainwater. He also suggested looking into smart water metering and co-digestion of food waste to produce energy. I was impressed by a lot of the cutting-edge work being done but surprised at some issues they still face, like getting rid of open cesspools.

William Tam, the deputy director of water resource management for Hawai’i’s Department of Land and Natural Resources, summed up the session by saying, “we are at the water and energy nexus with issues like climate change’s effects on droughts, flooding, and groundwater recharge.”

The conference culminated with nearly 7,000 people crowding into a University of Hawai’i arena for former U.S. Vice President Al Gore’s sold-out presentation and a Congressional field hearing the next day.  It was an eye-opening experience, and I look forward to learning about how this meeting influences Hawai’i’s future.

Learn more about this student: http://www.mdsg.umd.edu/fellows/2014/tammy-newcomer-johnson